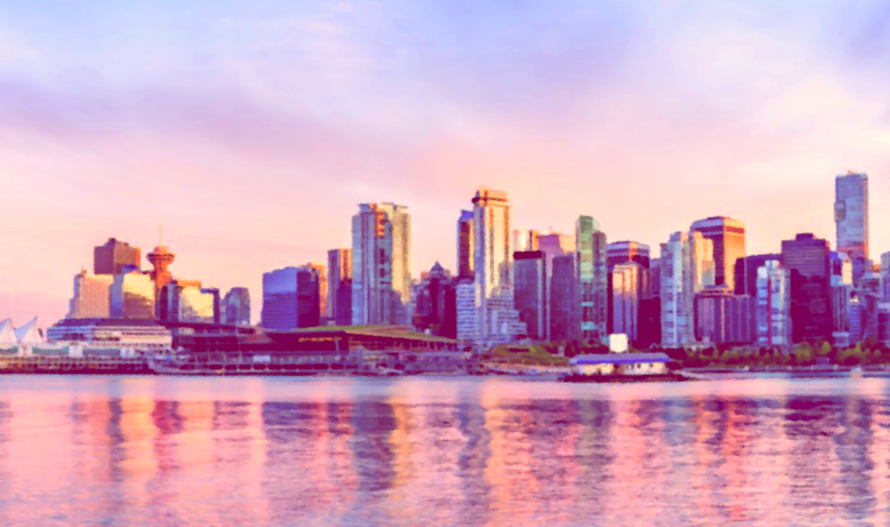 Orika Arwin Evers hasn’t been afraid of dying in a very long time. Almost as long as she can remember, really. It’s always been a straightforward sort of thing for her– she hasn’t believed in an afterlife, in any cosmic justice, in even longer. One moment you exist, and the next you don’t. The delicate machinery that makes a person work grinds down and lets out one last, shuddering breath, and then it’s over. The chemical electricity is gone. There’s nothing left. There can’t be anything left.

Even now, as a witched-silver blade cuts clean through her wards and her body and pierces her heart, as her blood cascades away from her in torrential rivulets, as she dies, she tells herself she isn’t afraid. It never really mattered when, or where, or how. It is inevitable. She always knew that.

She just never imagined dying could hurt so bad.

She doesn’t know when she collapsed, but she did. Her vision fades, swallowed up by long shadows, distant lights glittering softly. Then they’re gone. She is so heavy that she’s sinking to the centre of the Earth, and she is drifting away, weightless, ephemeral.

At first, it’s just an emptiness, spreading from her chest to her fingers. And then the pain starts. It’s dark, and glacial, and it burns.

Something is tearing through her chest in her last moment alive with a billion searing-cold needle-teeth. Deeper than a sword-thrust. Deeper than immolation. It’s the most excruciating thing she’s ever experienced. There is a gaping hole through the very centre of her, even though she’s gone. She has no body but she can feel it, suffocating without lungs. The pain is a part of her; or maybe she’s a part of it.

Somewhere, in the furthest, oldest reach of her mind, as the electricity flickers out, she knows it only lasts a moment. Only a moment. Only a second, a minute, an hour, a year, and then it will be over.

The minutes slip away. And then the hours. Time here is uncountable, incomprehensible. She is devoured from the outside in, if she can even be said to have an “outside” anymore. She’s being eaten– well, not quite alive.

Nothing could survive this. Nothing could want to survive this. There is nothing here on the brink of annihilation, nothing but her mind, whatever is left of it, and the nothingness that consumes her. The nothing here alongside her that burns away everything that could once have been called matter, and then further, because there’s always more to burn. It hurts, so, so much. It has to end. But it doesn’t.

That name won’t die, although ultimately she only recalls in the briefest flashes of lucid agony that it once, perhaps, belonged to her. The one part that can’t be destroyed, even though she may have wished it could. It takes an eternity for her to piece together the thought, but she thinks, as distantly as a dream, that maybe it’s all that’s keeping her in this endless limbo.

Her feelings waiver like the tides. In turns she clings to it and hates it with everything she has left. Either way, it’s the truth. She can’t let it go.

All she wants is to be someone, something, somewhere else. To be home. But she can’t.

Until suddenly she isn’t.

A storm is descending on Low Van.

All day, an oppressively thick blanket of clouds has been falling down the mountain slopes, creeping across the harbour and between the city’s highrises. It’s early in the evening, and the rain breaking through the fog is still a drizzle, but the telltale sparks of autumn lightning in the distance are growing ever closer.

From the hundredth floor penthouse of the Sun Tower, the view is dazzling. Even surrounded by a bristling crown of skyscrapers, it towers. The city lights – from gas lamps to commercial billboards, electric and magical alike – cast a golden glow upwards through the slate-grey cloud cover and the streaks of rain on the floor-to-ceiling windows, diffuse and ethereal.

Horus Delphaissus stands at the window, looking out over her domain with a glass in her hand, taking in the view of the moonrise. She wears three perfectly-synchronized rose-gold watches – two on her left wrist and one on her right – and a black jacket, draped over a shirt the texture of fine silk and the colour of fresh blood, embroidered with loops of filigreed sigils. She is calm and composed, as she always is. One could very nearly mistake her for a human being.

The lights in the room are all dark, flooding the space with shadows until they are all that remains. The dark and the silence, they help her to see.

The city is a constellation beneath her feet. At this height, in this weather, it’s impossible to make out the details; the cars and people in the streets, the water lapping at the concrete. But she can see the whole shape of it. The roads are tributaries of gold, exploding across the landscape in fractal streams, paved over the mountains and the forests, feeding the city like arteries, countless tonnes of human mass flowing through them every second of every day.

She follows the tributaries from the heart of Low Van outward. They have burrowed, writhing, into every place, into every human body. Across the continent and through the oceans, interlaced around the entire world.

In her mind’s eye, she can picture the global logistics in perfect clarity. Her companies and holdings, her governments, they move the weight of the world, bodies and running money alike. They are ever-expanding. And all of them, together, building to the final glory of humanity, the purpose of the Earth incarnate.

It’s practically a matter of calculus, the stoking of the furnace, the march of civilization. Exponential, unstoppable and inevitable. It’s been a very long time, but the horizon is approaching. The final state will resolve. She can See it. She can almost taste it.

For lack of a better word, it will be… an apotheosis.

It requires sacrifice, of course– it has required sacrifice. From herself, more than anyone. Sacrifice that even all the other gods and Gods of Earth are not yet quite able to comprehend. But the world to come will be worth all the suffering. An eternity of it.

At the thought, Agrippa smiles, and swirls her glass before drinking deeply, downing what’s left of her vintage.

LOOKS TO THE MOON

From the Pacific over the Cascades and the Rockies, from the melting north to ruined California. Everything. She can see all of it, on the other side of the glass, within reach of her fingertips. All of it belongs to her.

And it isn’t enough.

Not yet, at least.

The metallic taste of soulstuff lingers, stinging sweetly in her throat.

Miles away, far beyond the city, the rain drives down on a deserted pitch-dark stretch of Trans-Continental highway, the sound of waves upon waves of water colliding with the pavement nearly loud enough to drown out the rolling thunder in the distance.

Somewhere, lightning strikes. For a moment the entire world is aflame; from the jagged, icy contours of the mountains to every evergreen needle in the endless expanse of forest where all the wild animals have run and hid. As quickly as it’s all illuminated, it’s plunged into night once more. And eventually, the thunder booms again.

Orika wakes up screaming in the dirt.

It can’t be real. It’s too much to process. At first she doesn’t even feel the rain, the mud and gravel beneath her; she just screams until her throat is torn raw, and then some. It might take hours before she can make sense of where she is, that she is anywhere at all– time hasn’t meant anything to her in an eternity.

And now she’s here, and she can feel; God, she can feel every muscle and fiber, every ragged pump of blood through her veins. The frigid, bitter sting of the driving rain, which must have soaked into her clothes ages ago. She shivers, her head pounds, but she doesn’t care. Everything burns, but it’s not the same. Not the same. Real.

The cold and dark of the night are so gentle they’re almost comforting, compared to– compared to before. To the place she’s been simultaneously for a moment and a million years of time, unwound and spaghettified into void.

It can’t be real. It’s… it’s too much. It’s an illusion. Any second now – are they seconds? – she’ll be dragged back, kicking and screaming, and she’ll be gone again.

But she realizes that there’s no wound through her heart. No gaping hole in her being, no emptiness of gnashing teeth tearing away the muscle and skin.

The rain keeps coming down, same as ever.

Shuddering, Orika leans away from the ground, finding it hard to distance herself from the feeling that it’s grounding her, that if she lets go for a moment she’ll fall into the sky. She wipes drenched, grimy locks of hair out of her face and looks up, past the dim silhouettes of the trees all around, through the black, swollen cloud-cover, and she can glimpse it. The distant night sky. Silvery stars hung from the firmament.

Barely able to form a more coherent thought, she wraps her arms around herself, curls up in the mud, and sobs. It comes from so deep within her and tears itself out, in wracked, gasping breaths. It doesn’t stop for a very long time.

But all things must come to an end.

The pressure in her head crescendos. A screech like static in the shape of words. Furious. All-consuming. Inescapable.

It’s familiar. Like she can see the shapes of the mouths and teeth that make it.

"HERETIC," the static howls. "BLASPHEMER. WITCH. YOU DRAG YOURSELF FROM THE SHADOWS? WE WILL NOT ABIDE."

She tries to get up, to tell them to stop, but the voice – the voices – they drown out everything else. Her mind feels like it’s being ground to dust as they speak. She knows she’s had worse, now, than someone screaming in her head, but that doesn’t make it any easier. She feels smaller than she can ever remember.

"YOU BELONG TO US. YOUR SOUL AS PAYMENT FOR THE WEIGHT OF YOUR SINS."

"Stop." She manages to choke out the word, and almost collapses with relief when the static whine subsides. Not enough for her to forget it’s there, but enough that she can hear herself think and hear the thunder crash.

And still, it’s more familiar to her than the sound of her own voice.

There is momentary silence, before the noise begins to flow in staccato, mirthless laughter pouring through malformed, bodiless jaws. "YOU’VE TAKEN FROM US. STOLEN FROM US. YOU STRAY FROM YOUR PURPOSE."

"YOUR LIFE IS FORFEIT. YOUR WILL BELONGS TO US. BUT YOU WILL HAVE USE YET, PARASITE. WE WILL PROVIDE IT TO YOU."

She knows, deep in the oldest, most primal, terrified part of herself, that ultimately the choice isn’t hers to make. Suddenly she feels the chill sharply crawling up her spine. Feels the stars staring down at her.

"How?" she asks, and a chorus of voices reply.